I started out by adding new type of objects to my Tiled map. 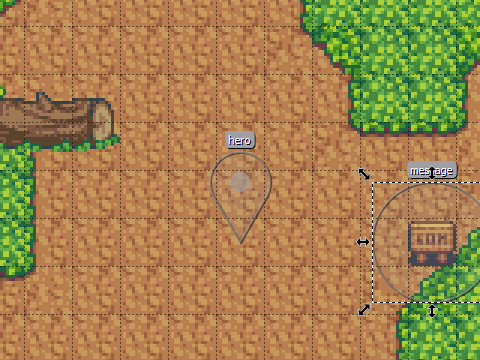 A bit more messing around and I can now have basic message interaction in the game.

I also refactored how I change what animation to play on a character. Before it was explicit from keyboard input, but planning forward I changed it to be implicit from actor’s velocity. This will work with different input systems (point and click) and also for characters controlled via AI.

Then I added our first NPC. Meet Rufus. 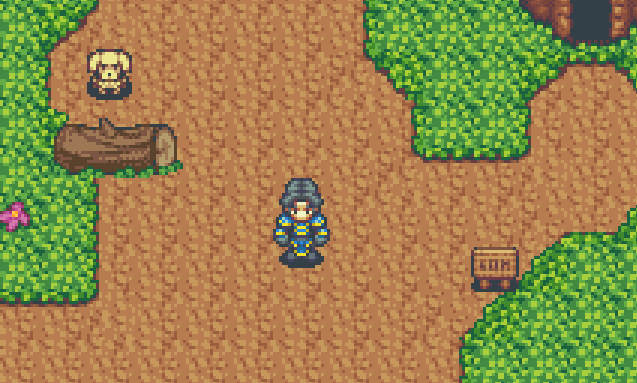 Since I wanted to play with our new friend, it was time to add some AI.

I decided to implement Behavior Trees. In the ECS spirit, they are completely stateless (the tree/logic itself doesn’t store any data, everything is kept on entities). I define them in XML (which will be improved later), and they compile down to basically an array of functions. Since they are stateless, the same tree can be used to run any number of entities.

In the next dev log I will talk more about Behavior Tree AI and my approach to it.