As I started adding more things to my test map, I decided to first improve the workflow and prepare for future development. Tiled supports external tilesets – standalone data files that can be re-used between different tilemaps. Phaser currently doesn’t support them though, and in general there’s no reason to include all of tilemap data in the game. We can do better!

So, first things first, I switched my test map to use external tilesets. That meant I couldn’t load the map directly in Phaser. So I wrote a small tool that loads the Tiled JSON maps and the external tilesets it now references. Then it takes out all the useful data (tiles, layers, collision boxes, object types and positions, etc.) and saves it all into a custom JSON file. Then I had to somehow load it in Phaser. Which mostly meant copying over its Tiled loader code and adjusting it for my new format. I would be lying if I said it went without any issues: 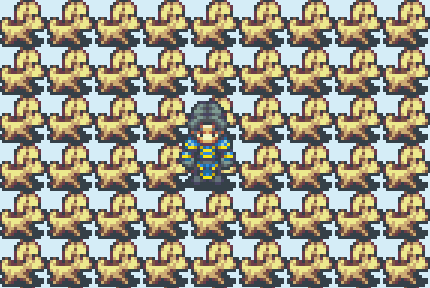 Now I had full control of everything and could do other necessary things. When rendering, due to floating-point errors, GPU can sometimes sample a pixel too far, causing an ugly effect that’s called pixel bleeding. To fix it, tiles on the texture need to be extruded, which means the pixels on the borders need to be repeated. So I implemented that.

I also took the time to pre-process the geometry used for physics/pathfinding. Boxes near each other could be combined into a single one, improving the generated navmeshes. I used another great Haxe library. A bit of merging and triangle decomposition (as mentioned before, naviagation mesh needs convex polygons to work), and this was the result: 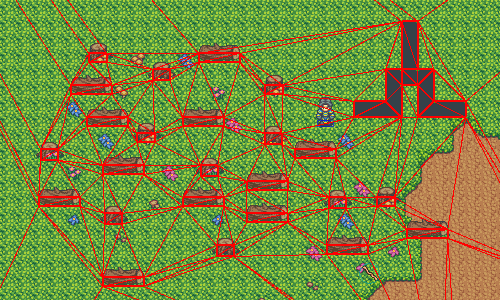 Done with the necessary things, I moved onto the not-so-necessary. For performance reasons it’s also better to use a single texture, as opposed to many smaller ones. Although with modern GPUs it’s not really true anymore, and it’s not like I was hitting any performance limits… but hey, I will take any excuse to code fun stuff. So apart from tile extruding I also added: 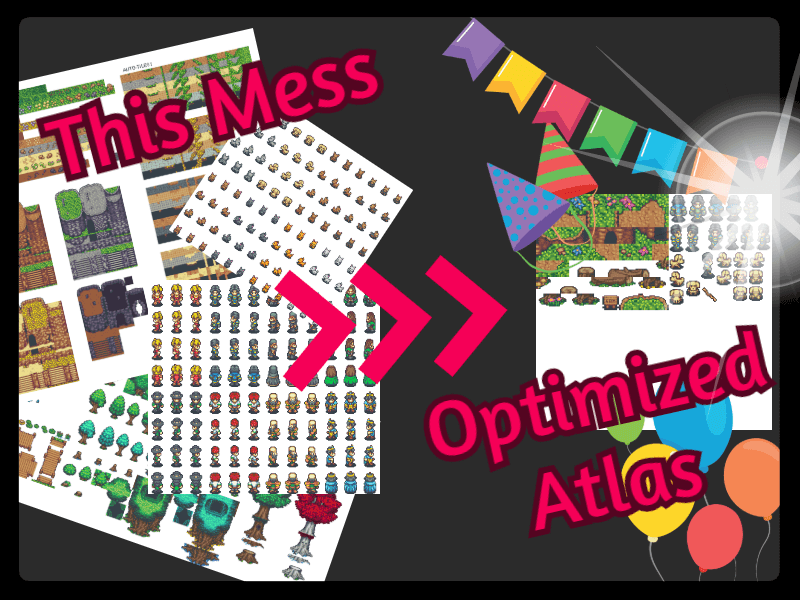 There were some funny bugs along the way. This is so-called Phaser’s companion cube. It fills the empty space in your heart, and the good doggy knows exactly what you need:

During this time I also wrote and published the second devlog and did some improvements to my blog (adding some Open Graph tags if I remember correctly).